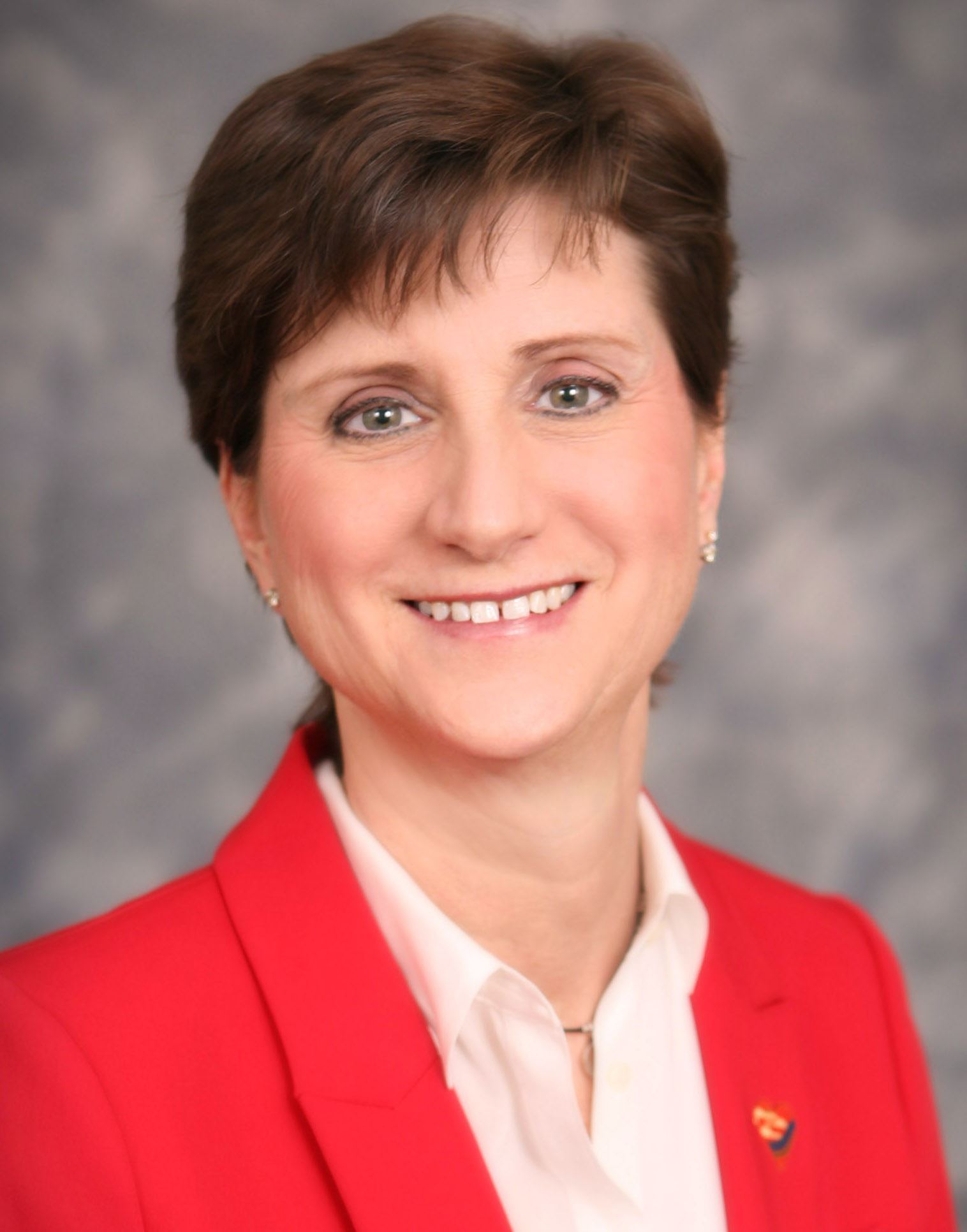 Kathy Bailey was first elected to City Council in 2015 and re-elected in 2019. Kathy was appointed Mayor in 2017 and continues to serve in this capacity. Throughout her terms on City Council, Kathy has served as the city’s alternate representative to the Board of Education. She was a member of the City Council Employee Evaluation Committee and the Law & Ordinance Committee. Kathy is currently a member of the Loveland Community Improvement Corporation. In addition to her duties to the city, Kathy has been serving as the President of the Clermont County Mayor’s Association since 2020.

Kathy was born in Cincinnati and grew up in the Indian Hill/Montgomery area. She earned a Bachelor of Arts degree from Miami University and a law degree from the University of Cincinnati. Kathy’s full-time career is as Chief Assistant Prosecuting Attorney of the Civil Division of the Hamilton County Prosecutor’s Office, where she has worked since 1990.

Kathy and her husband Bob married in 1991 and moved to Loveland in 1995. They raised their son Bobby and triplet daughters Katelyn, Kimberly, and Kristen in Loveland. All four attended Loveland City Schools, and all still live in or near Loveland. In her free time, Kathy enjoys spending time with family, friends, and her doggies. Her hobbies include golfing, sand volleyball, and reading, especially historical fiction.

Kathy said she heeds the advice her mother gave her after being elected to City Council: “Do what you believe to be right. No matter what the naysayers say, always listen because you can always learn something, but in the end follow your heart and do what you believe is best for the city.” Kathy went on to say that “Loveland has a bright future and she was grateful to be part of it.” Loveland is a city she “truly loves and is humbled, honored, and proud to serve its residents.” 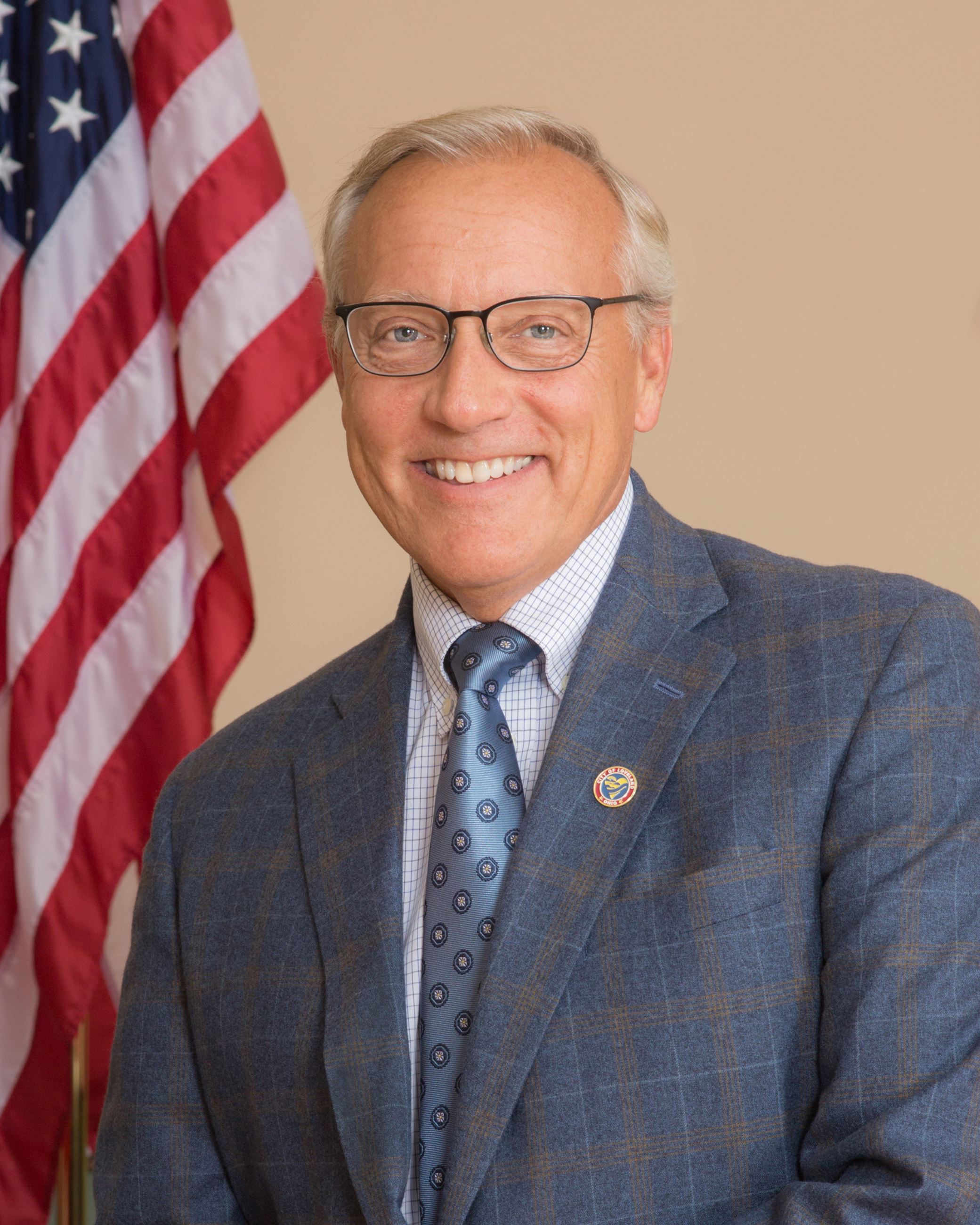 Council member and Vice Mayor Ted Phelps is serving his third term on Loveland City Council. He was first elected to Council in 2013, was re-elected in 2017, and returned in 2021.

Ted is an attorney at the Cincinnati law firm of Rendigs, Fry, Kiely & Dennis, LLP, where he has practiced for over 25 years.

Ted’s family includes his wife, Anne, and two adult children, Caroline and Roger. Ted’s hobbies include travel, music, and NHL hockey. He is devoted to his church, North Cincinnati Community Church, where he serves as a Deacon.

“I appreciate the voter’s confidence to elect me to a third term and look forward to continue to make Loveland a unique and attractive place to live, work and enjoy,” he said. Ted considers himself a public servant and not a politician. He promises to work hard to make Loveland a community that we can all be proud to call home. 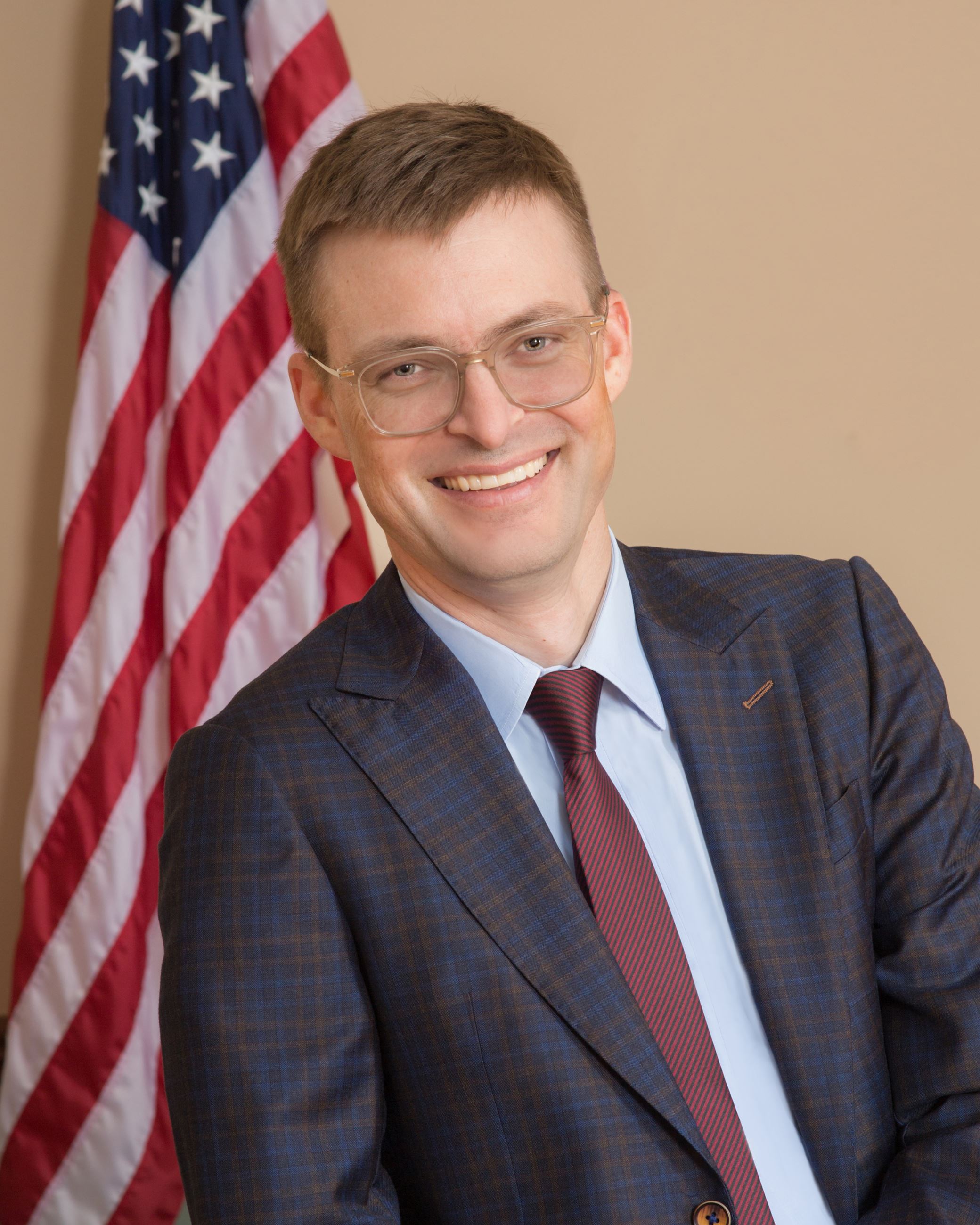 Andy Bateman was elected to Loveland City Council in November 2019, following an unsuccessful campaign bid in 2017. He has served on the city’s Public Relations & Communications Committee, the Tree & Environment Committee, the Station 63 Relocation Committee, and currently serves on the Historic Preservation & Planning Committee, the Planning & Zoning Commission, and as the liaison to the Loveland City School District.

A graduate of Loveland High School, Andy moved to the area as a youth in 1993 from Bedford, New Hampshire, prior to spending his childhood in Grand Blanc, Michigan. Upon graduation, he attended Ohio University in Athens, Ohio, where he received a BS in Communication with minors in English and History. In late 2003, with an assist from his brother Ryan, he landed a bartending job at Paxton’s Grill in downtown Loveland. Out of the necessity to eke out a living slinging burgers and beers, a romance blossomed between Andy and the City of Loveland.

Just a few years later, while working next door at The Works Pizza, an even greater love story was about to unfold, between Andy and his future wife Rachel, herself the first front-of-house employee of the pizzeria within the Samuel Hannaford designed building. After a decade of growth together, Andy and Rachel were married in 2018 and welcomed their daughter Acadia into their family, which also includes Rachel’s son Nathaniel, a 2017 graduate of Loveland’s Live Oaks program.

Professionally, Andy has worn many hats, but all of them share a common thread which ties back to his education in communication and more specifically production. Whether providing AV support at downtown conference venues, broadcasting horse racing at River Downs, or producing webinars and podcasts for the Human Capital Institute, Andy lives at the intersection of planning and performance. A strong organizational background in logistics and manufacturing has led Andy to thrive at his current role as Marketing & Innovation Manager at Eurostampa North America, where he oversees the R&D and sales support for three North American business units all focusing on premium label printing for the wine and spirits sector.

Loveland as a community has been there for Andy many times since first walking the halls of (then) Loveland-Hurst Middle School. His first friend group from marching band and drama showed the kindness inherent within the community. His co-workers from the neighborhood restaurants instilled a sense of pride in the hard work of building a reputation, when Downtown Loveland was laying the groundwork for the local gem it has become. And, today, his neighbors and community-advocates that share in his desire to contribute to the future, demonstrate that the only requirement for service is a willingness to serve. For as long as Andy is entrusted with a seat at the table, he will continue to be listening for Loveland. 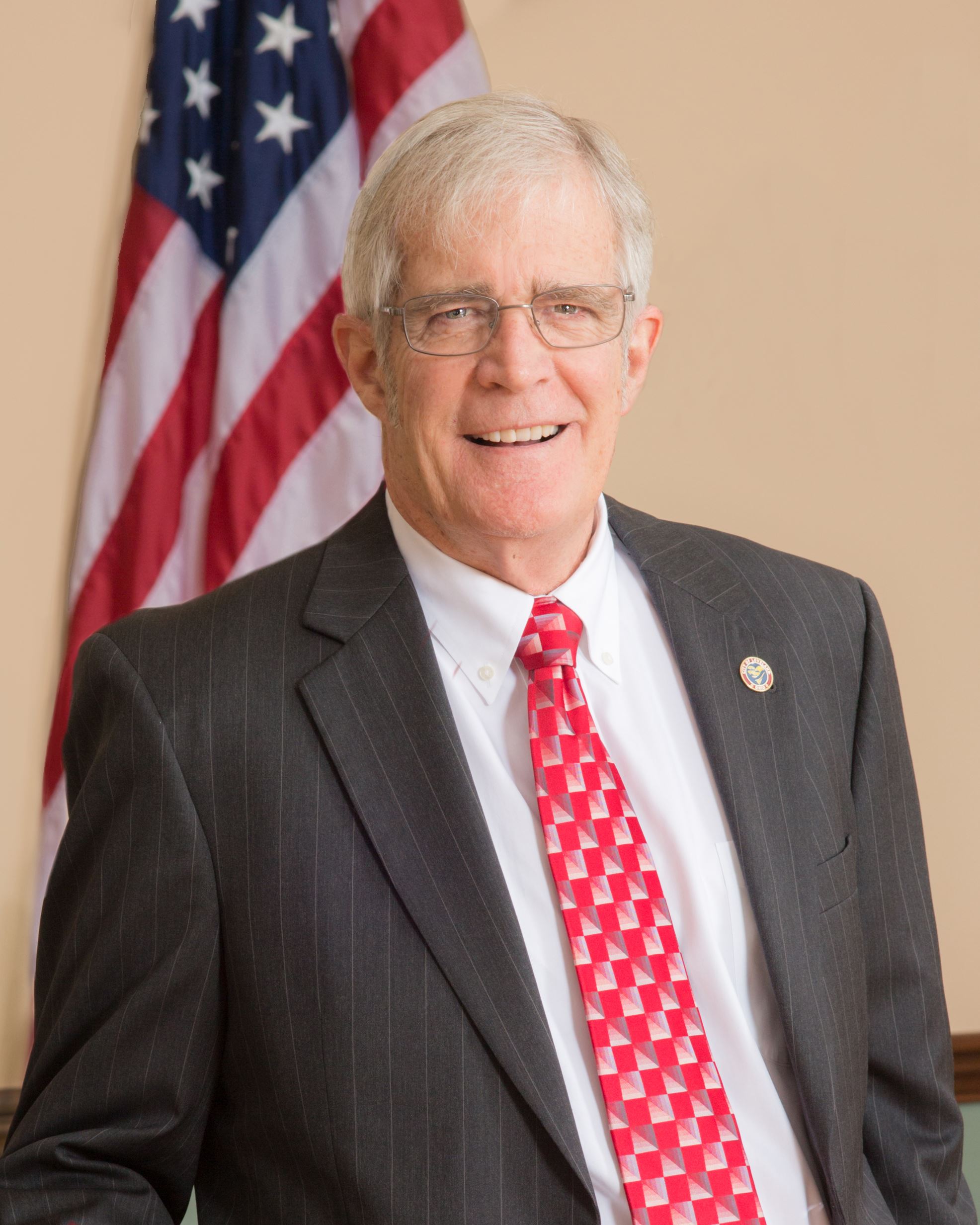 Kent Blair has served multiple terms on Loveland City Council, having most recently been re-elected in 2019.

Kent works as a financial advisor and manager in his professional career.

He has been a Loveland resident for more than 10 years, previously living in California: "I wanted to live in a smaller town where the seasons change. When I found Loveland, I knew my search was over." 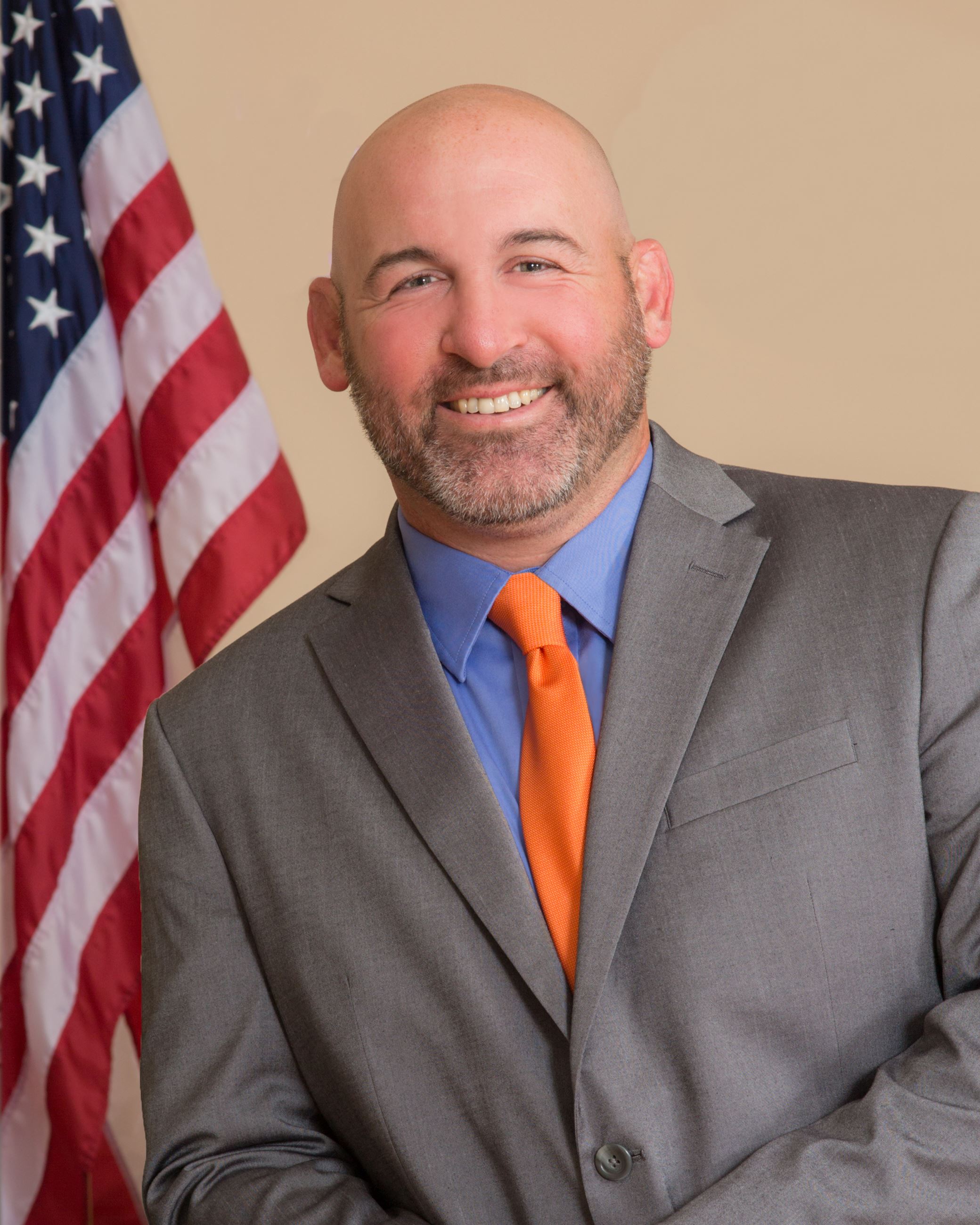 John has lived in Loveland with his family for 10 years. John has been married to his wife, Randi, for 16 years. Together they have two children, Austin and Quinn.

John is an administrator in the Loveland City School District and has been employed by Loveland City Schools since 2015. Prior to coming to Loveland, John held teaching positions at Middletown City Schools and Springfield City Schools. John has coached football and wrestling at the high school and junior high levels for the past 18 years. John’s hobbies include golf, hiking/backpacking, and watching football and baseball. John loves to spend time with family and finds his greatest joy in watching his children and wife do what they love to do.

"I ran for City Council because I fell in love with the City of Loveland the moment we moved here and wanted to be actively involved in making sure that this is a great place for families to grow and thrive," he said.

John has been active in the city through committee work on the Recreation Board and Comprehensive Master Planning Committee, prior to running for Council. He enjoyed that work so much, he felt compelled to take the next step of running for Council: "I love to talk to community members about their wishes, wants, and needs for the City of Loveland. I look forward to continued conversations with community members and working to be a trusted voice for residents." 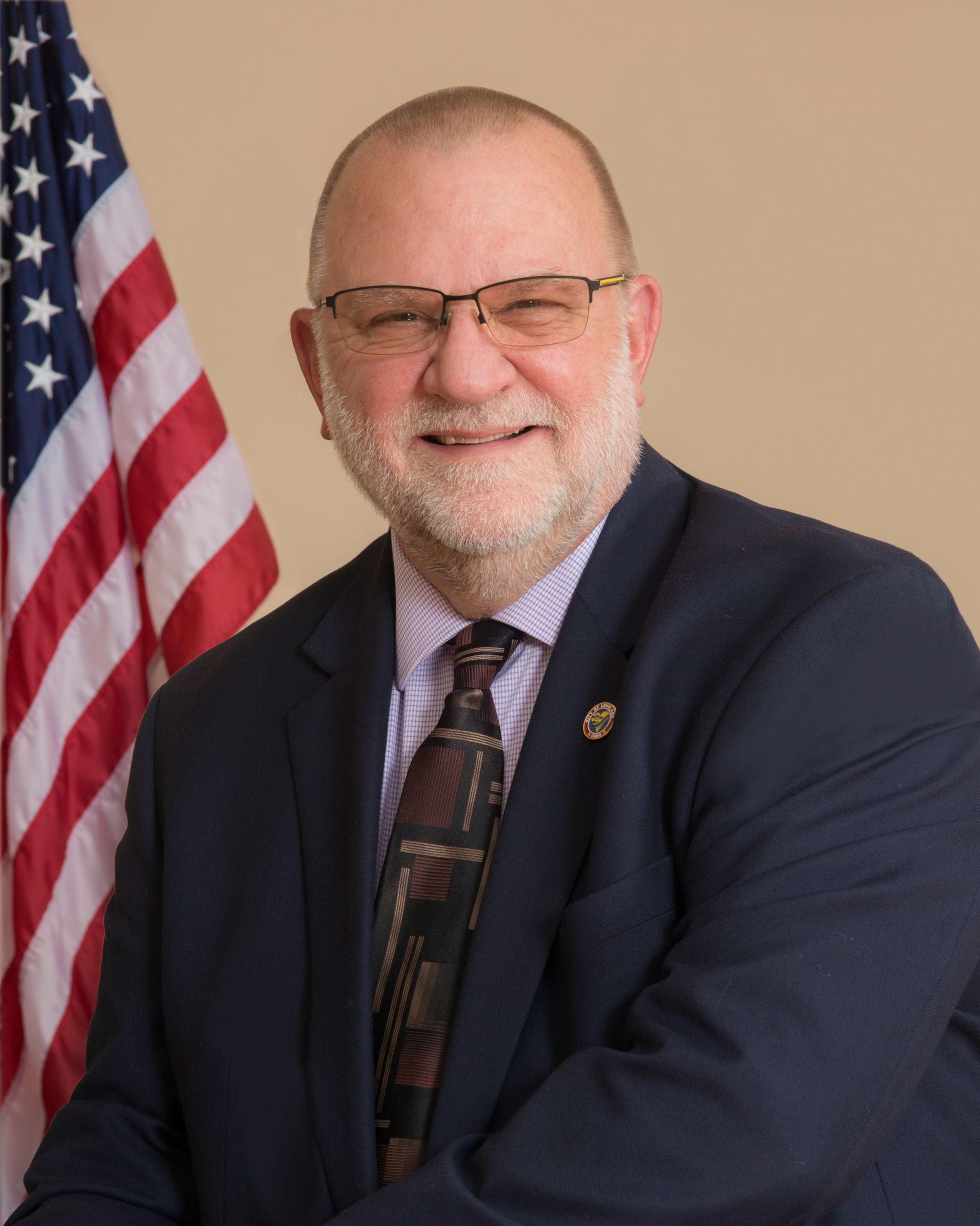 Neal Oury served on City Council from 2017 to 2021 and was unanimously appointed to fill a vacated City Council seat in June 2022. He has served on the city’s Finance Commission, the Public Relations & Communications Committee, the Loveland Community Improvement Corporation (CIC), and currently serves on the Historic Preservation & Planning Committee.

Neal is a lifelong resident of Loveland, graduating from Loveland Hurst High School in 1975. Neal lives in the house he constructed in 1986. His property overlooks the city that he has witnessed change from a small farming community to a dynamic, vibrant, attractive community and a destination place with a downtown entertainment district.

Neal is retired after being self-employed in the construction, remodeling and property management business for more than 38 years. Neal and his wife Lynn married in 1983, and they have two grown children and one grandchild. Neal pursues his passion and creativity in woodworking. He also enjoys camping, kayaking and fishing.

Neal says that he is looking forward to serving on Loveland City Council. 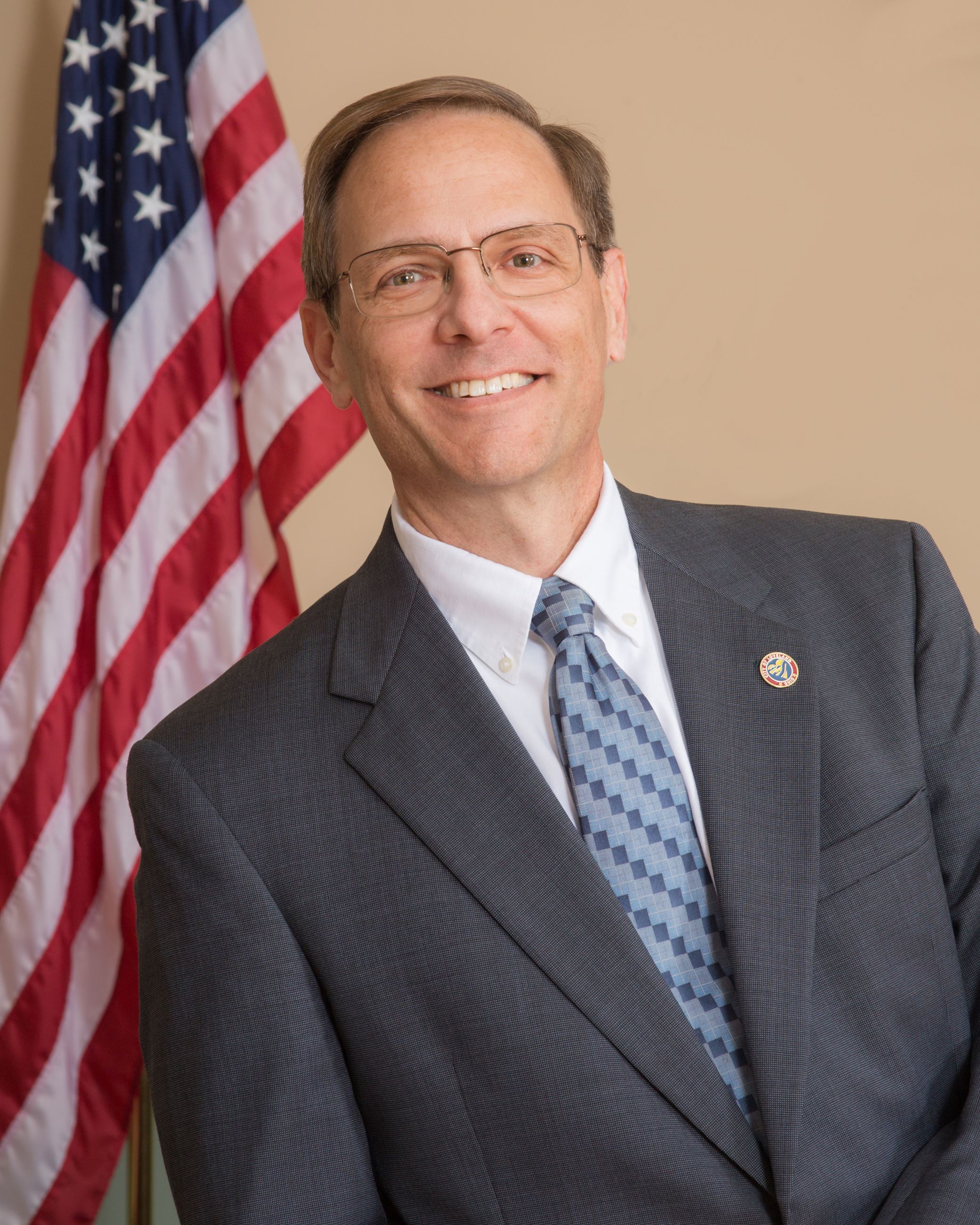 Kip married his high school sweetheart in 1986 after a whirlwind romance of a little over four years. They moved from their hometown of Bismarck, Illinois, to Portsmouth, Virginia, after Kip graduated from the University of Illinois and lived there while Kip worked for the Navy. They settled in the Loveland area in 1989 in order to move back closer to family in Illinois. Kip and Teresa have two children, Abby and Levi, who are graduates of Loveland City Schools and the University of Cincinnati. They have one grandson, Luke, who is the son of Abby and her husband Matt.

Kip has been a member of the Loveland Heights Church of Christ since moving to the area and is heavily involved with the church, serving as an elder since 2012 and treasurer since 1996. In addition to working with the church, he enjoys reading US history, woodworking, using his construction skills to help friends with home projects, and running.

Kip is grateful to the residents of Loveland for affording him the opportunity to work for them: “It has been a pleasure getting to know many residents during my campaign, and I am honored that they have chosen me as their representative on Council. I will do my best to serve with integrity and continue on the path that has made me love living in this community for the last 30+ years.”