The City of Loveland has proposed to build a parking facility in Downtown Loveland on First Street near City Hall. The proposed structure would feature 270 parking spaces, adding to the city's current 535 spaces across town. 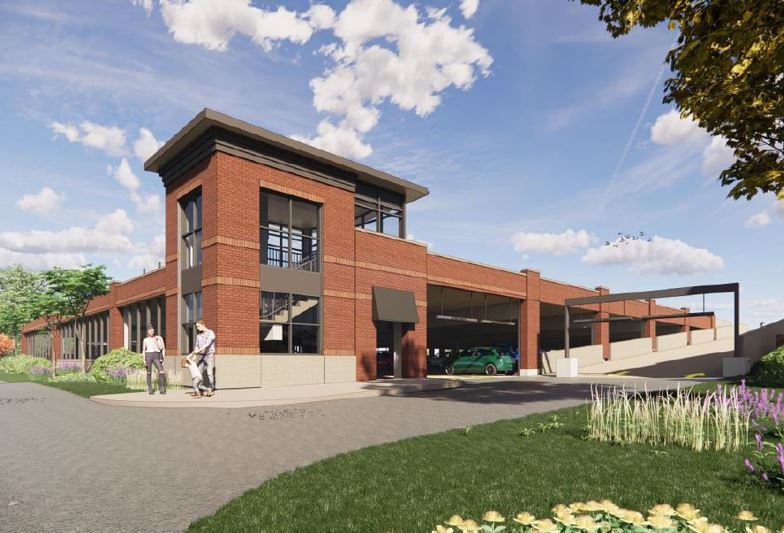 To help keep residents informed, City Manager David Kennedy will provide updates on the proposed parking facility at each City Council meeting. Meetings are held on the 2nd and 4th Tuesdays of the month at City Hall. Meetings can be streamed virtually via the city’s website or YouTube Channel.

Updates may cover topics like finances or broader concerns, such as stormwater management, that affect current parking areas.

February 22, 2022     I     Topic: Property Acquisitions     I     Watch full update
Topic Highlights:— Two purchases have been made (McCoy Parcel and Ross Parcel), totaling 1.2 acres— The Ross Parcel allows for proposed access onto State Route 48 into the downtown district— Three buildings removed from Ross Parcel, 1 building removed from McCoy Parcel— Parcels now serve as temporary parking lots— City has submitted for grant funding to widen Harrison Avenue. This would alleviate stormwater issues, create a centralized intersection at Railroad Avenue, and improve turning radii from North Karl Brown Way. New sidewalks included in the proposed project would improve motorist and pedestrian safety, and completion of the project would allow for the revitalization of Nisbet Park.

March 22, 2022     I     Topic: Proposed Facility Design Process     I     Watch full updateTopic Highlights:
— The city has been working with DESMAN Design Management, a national firm that specializes in parking consultation for historic districts.
— A rendering of the proposed facility was released in late 2021, which drew feedback.
— One immediate modification was relocating the first level entrance from First Street to the bottom of the ramp along the south side of the facility.
— Based on the feedback, city staff requested DESMAN to redesign the façade of the facility, so it was more fitting with Downtown’s historic appearance and in line with the city’s Historic Preservation Design Guidelines adopted by City Council in 2021.
— The redesign features a brick look, a reduction in the windows on the stair tower, awnings, and more greenery.
— The redesigned facility is still only 2 stories. Its height will not be taller than any existing building in the area.
— Plans include adding solar panels to the facility and electric vehicle charging stations.

Note: New files and information will be added when they become available.